Tips for navigating the
maps on this page.
Top of Page

Included are the Marion and Prince Edward islands which became part of South Africa in 1947 and are situated in the Atlantic ocean 1,920 km (1,193 mi) south-east of cape Town.

All together it makes South Africa the 26th largest country in the world. But to get a better idea, think in terms of the combined size of France, Italy, Germany, Holland and Belgium together or for our American visitors two times the size of the State of Texas. 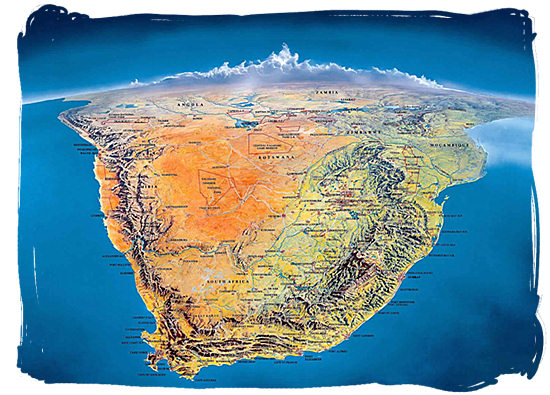 The kingdom of Lesotho is an enclave within South African territory. The same applies for the kingdom of Swaziland, except for a small stretch of border that it has with Mozambique. 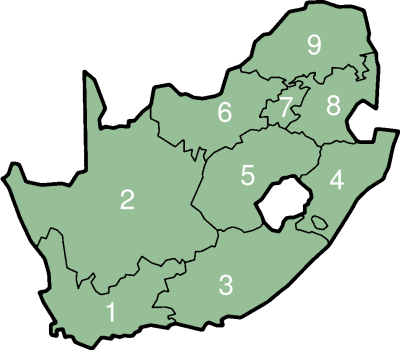 South Africa's coastline of 2,798 km (1,738 mi) features only a small number of bays and but one natural harbor, Saldanha Bay in the Western Cape.

The other major ports, following the coastline clockwise are Richardsbay and Durban in Kwazulu-Natal, East London, Port Elizabeth and Mosselbay in the Eastern Cape and Cape Town in the Western cape. A total of 98 % of all South Africa's exports are conveyed by sea through these seven ports.

The two most distinctive promontories on our country's coastline are the Cape peninsula, with the Cape of Good Hope at its southern tip and Cape Agulhas at the most southern tip of the African continent. Cape Agulhas is the place where the two oceans, the Atlantic ocean and the Indian ocean, meet. 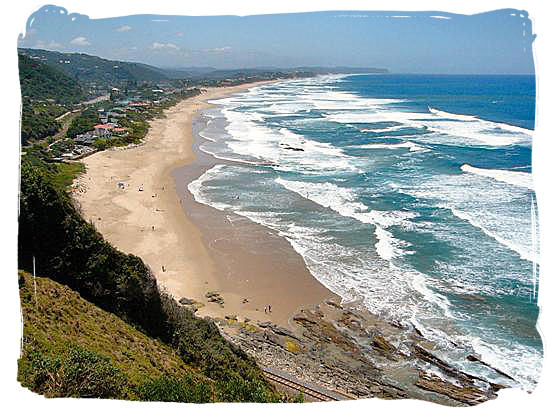 The Orange, Vaal and Limpopo are the three main rivers in South Africa. The longest of the three is the Orange river, which has its source in the Kingdom of Lesotho where it is called the Senqu river. With its westernmost section forming the border with Namibia, it flows north-west for about 2,100km (1,300 mi) towards the Atlantic ocean.

The Vaal river has its origin in the Drakensberg mountains in the Mpumalanga province. It is 1,120 km (695 mi) long and flows south west to where it unites with the Orange river of which it a tributary.

The Limpopo river rises in the Witwatersrand region, where it is called the Crocodile river. It flows in a circular route of about 1,700 km (1,056 mi), first to the Botswana border in the north east, where it turns east forming the border with Botswana and Zimbabwe to where it enters the country of Mozambique, finally emptying itself in the Indian ocean. 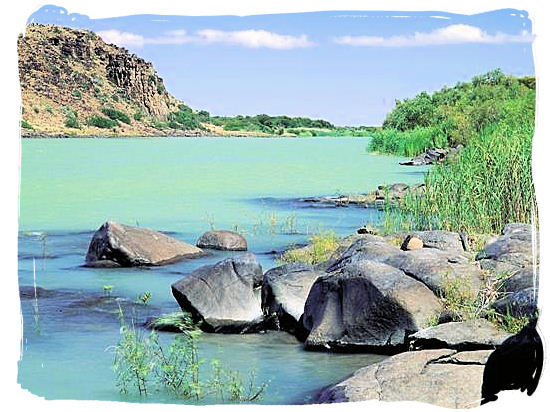 The only natural lake to be found in South Africa is the Fundudzi Lake which is situated in the Soutpansberg mountains in the far north-east of the Limpopo province. Besides Fundudzi there are no true natural inland lakes of any significance in South Africa. Rivers are the main source of water.

What you will find in our country are many large artificial lakes or dams for the storage of the country's water supplies. They are formed by constructing huge dam walls in the flow of rivers to regulate their natural variable flow and the transfer of water between catchment areas. 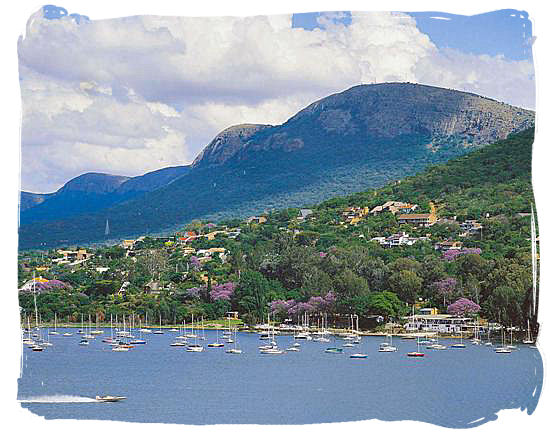 There are 26 major dams in South Africa, ranging in capacity from the Gariep dam in the Free State at 5,341 million cubic metres, down to the Midmar dam in Kwazulu-natal at 175 million cubic meters.